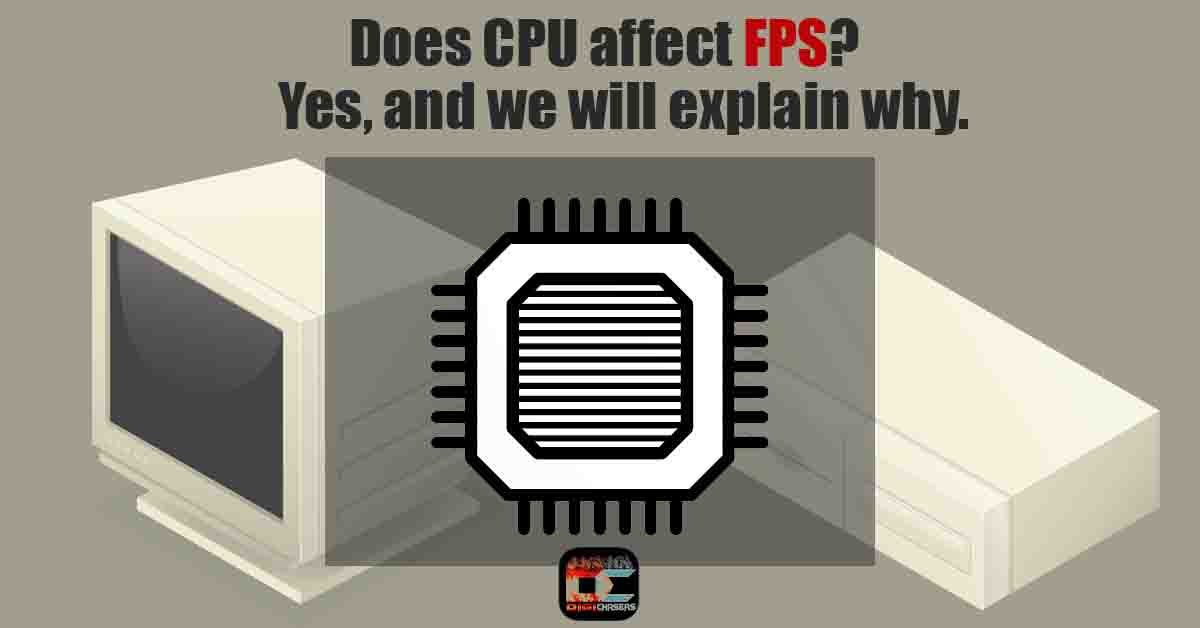 Hi, probably many people have a question: Does CPU affect FPS? This is an important question because GPUs (graphics cards) are costly, and buying a new GPU may leave no money for the CPU.

Also, you should keep in mind that if you buy a new CPU that will be much newer than the previous one, you will inevitably have to replace the motherboard, possibly RAM sticks, power supply unit, and so on. In this case, the costs can increase very much.

So let’s try to answer you how important CPU is for higher FPS (frames per second)?

If you don’t have time to read, a short answer is below.

CPU is vital for FPS. If you have an ancient CPU, it possibly bottlenecks your GPU, and in that case, you will have low FPS rates. On the other hand, if the CPU is new enough, say the i7-5820K, then in some games, the FPS will not be different from the CPU i7-12700K.

CPUs are especially important for some games. For example, as many are known, Rockstar, Ubisoft, EA, or Activision released games will often be pretty heavy on the system as a whole. This is because these developers release incredibly realistic games that require a lot of CPU work.

Open-world games require a lot of CPU resources. However, if you’re playing simpler games with more miniature worlds and not many things happening at once, then the CPU probably won’t be overloaded.

Is your CPU isn’t bottlenecking your GPU?

If the CPU starts bottlenecking the GPU, many FPS are lost in the games. These days, it’s not hard to tell if your existing CPU bottleneck your video card. The easiest and fastest way is to check this with the bottleneck calculator, which you can find by clicking here.

If the bottleneck percentage is at or near 100%, then most of the games on your CPU are bottlenecking your available GPU.

But if you play only a tiny amount of games, you can always check the maximum game requirements if your CPU is good enough for the specified game, in which case it will not bottleneck the GPU.

What are the minimum and maximum hardware game requirements can be found here.

The CPU is among the components that, when you have enough power, will not impact your FPS, and from that point on, the FPS will largely depend on the GPU.

If you have not found an answer feel free to write in the comments, and then we will try to help you as soon as possible.

It depends on the game and the amount of core your CPU has. If the processor is powerful enough to play the game, you won’t feel the difference with a higher core count.

The mother of the FPS queen is the GPU. But as mentioned earlier, if your CPU is too weak for the game to be played, it can drastically negatively affect your FPS rates.