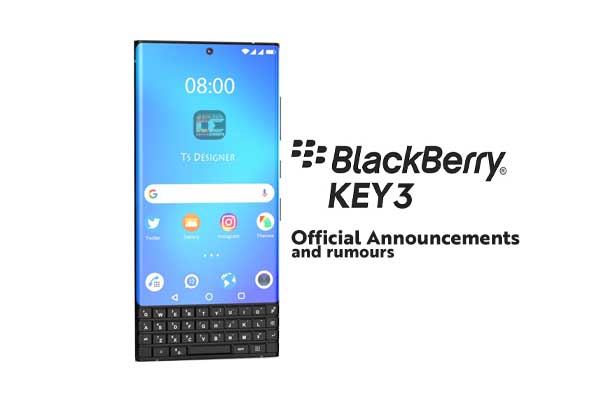 Once BlackBerry was a giant player on the phone market, they have almost disappeared today. Some people say it was Steve Jobs and his iPhone’s impact, and others say that late integration of the Android OS.

The BlackBerry company has been far from developing a phone for some time. For clarification, In December 2016, TCL bought a global licensee for the BlackBerry brand. TLC (Telephone Communication Limited) is a Chinese company that owned “BlackBerry Mobile” and manufactured BlackBerry-branded phones from 2016 to 2020. They made phones like – BlackBerry KEYone and BlackBerry KEY2. However, on the 2020 TLC license expired, they could no longer develop a new Blackberry model.

In 2020 Onwardmobility made a big announcement about the beginning of a partnership with BlackBerry. August 2020 – The CEO of OnwardMobility, announced that the new BlackBerry would be released in 2021 (in the first half of 2021). They’ve already missed the deadlines, but the new BlackBerry phone is still not recalled as far as we know. So there is a lot of hope.

Most likely, the phone will not be called BlackBerry KEY3 for legal reasons (TCL, etc.). Unfortunately, not much information has been provided from OnwardMobility or BlackBerry. We only know that it will be supported by 5G connectivity and will have a physical keyboard. So what more can we expect?

And yes, this is all we know till now. For this reason, there is a lot of speculation on the internet about what the new BlackBerry phone will look like and what hardware it will have.

BlackBerry fans have developed quite a few concepts of what a new BlackBerry might look like and what specifications it should have. None of this is official, and trust me, there’s no official information yet when publishing this article.

BlackBerry KEY3 rumors have gone wild on the internet. Some pages have already indicated the exact specifications or even the product’s price in a particular market.

Don’t believe all this fake news because there is no official data from Ownwardmobility or BlackBerry about the release date of the BlackBerry KEY3 and BlackBerry 5G.

My story with BlackBerry

I wasn’t the first in school to have a blackberry phone. BlackBerry phones have always seemed special to me. They seem to be for people who do something a little more special. When I was in school, most upper-grade students or teachers had BlackBerry phones.

It’s been about 2005, and I had a Nokia 6600. What was, in my opinion, one of the most successful Nokia phones, but maybe it’s just my sentiments. In 2008 I bought my first blackberry phone. It was the BlackBerry Curve 8330. Wow, what a feeling it was. I felt like I was a real businessman with a phone who could bring me to another level. It was fantastic and lasted 3 or 4 years for me. It was my first love, which drew me into the world of BlackBerry.

Perhaps you are thinking, how did I get these phones when I was a child? It wasn’t easy, but I traded them. For example, the Nokia 6600 I traded to the Sony Ericsson W950i, and the latter W950i was traded to BlackBerry. And the funniest thing is that I started trading phones from the first model – the Nokia 3200.

In late 2011 I bought the BlackBerry Curve 9900. It was already running on Blackberry OS 7 and had a lot of special gadgets that seemed incredible to me. Gadgets like Maps, BlackBerry Messenger was the future. The only sad thing was that I had only a few friends in my school who owned BlackBerry phones. That’s why the use of Blackberry messenger has been limited.

If you have questions, please ask them in the comments section. We hope that this article was helpful to you.