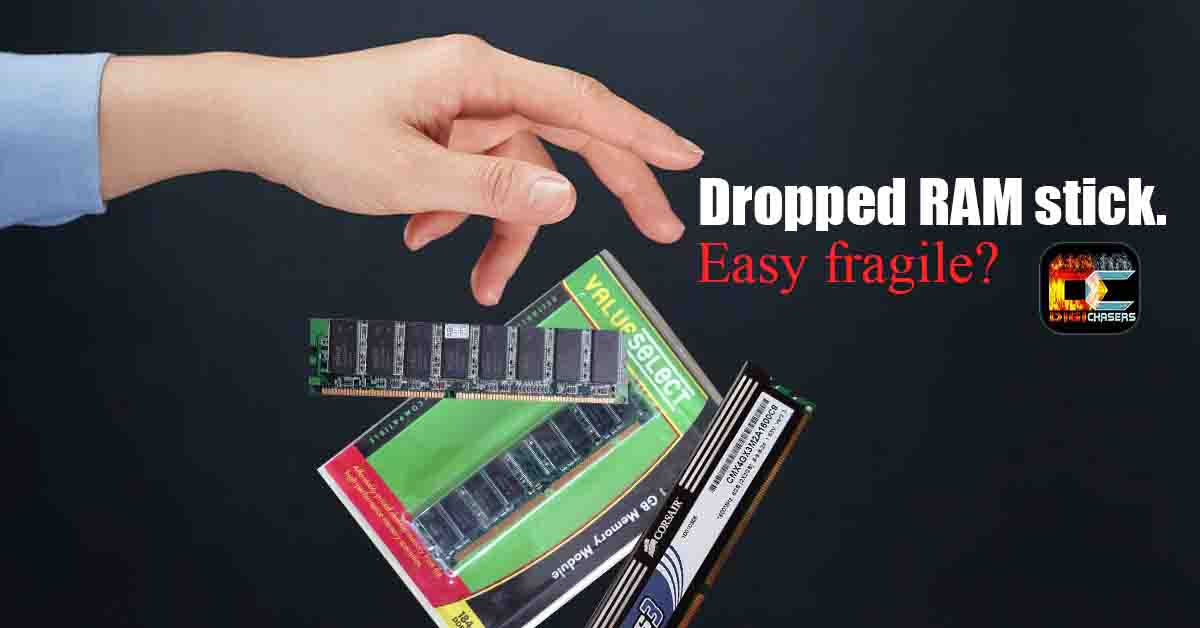 Sometimes little accidents happen when you are building a PC. For example, a RAM stick drops on the ground, and you immediately wonder if the RAM stick was damaged? We’ll try to reassure you right away – RAM doesn’t have any moving parts, such as graphics cards or power supply units, making it much less likely to get damaged.

If the RAM stick is dropped on the ground while still in the plastic package, it will absorb shock from the wall without a problem.

RAM packs are specially designed for various shakes and light shocks during transportation. The RAM suffered various shocks during the transport and was shaken in various ways, so you shouldn’t worry too much about it.

So if the RAM has fallen to the ground and is still in the package, you shouldn’t be scared anyway.

Suppose it had already happened that the unpacked RAM had dropped, and the impact was really strong. Perform a visual inspection.

RAM is of all types. Some have large coolers (metal heatsinks), others do not, and all chips are open.

Do not put the RAM stick in the motherboard if you notice any damage.

Do not worry about dropping RAM packages. If they’re packed in their packaging the plastic can absorb the impact of the fall with no issues. If the RAM were unpacked, nothing terrible would have happened to him anyway, as they are usually made to last.

You have not found an answer feel free to write in the comments, and then we will try to help you as soon as possible.