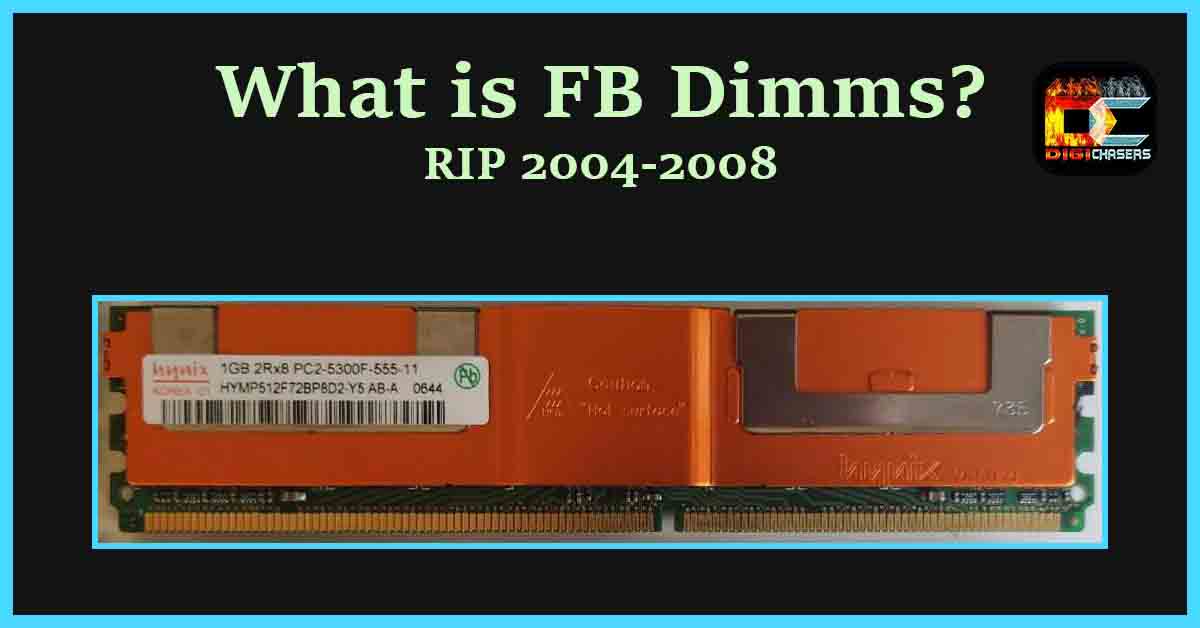 FB Dimms means Fully buffered DIMM. FB Dimms was first heard of when In April of 2004, Intel proposed the Fully Buffered DIMM (FB-DIMM). This technology could be seen in some computers or simply motherboards manufactured in 2004-2008.

FB Dimms was special because “Rather than communicating with memory devices over wide, parallel, multi-drop buses, in the Fully Buffered architecture an advanced buffer is added to each DIMM, and the memory controller communicates with the buffers through a daisy chained, narrow , point-to-point, more serial interface.“

The last time we heard about this technology was in 2008 when Elpida Memory, Inc. based in Japan announced that it is going to launch a 16-gigabyte Fully Buffered DIMM (FB-DIMM), the world’s largest capacity. It is based on its own unique integrated packaging technology (stacked FBGA or sFBGA) with 2-gigabit DDR2 SDRAM. Elpida has achieved the development of FB-DIMM products that feature an ultra-thin thickness of 7.7mm.

Elpida Memory, Inc. never released the mentioned product and removed the articles about 16 GB DDR2 SDRAM from their website.

Although this technology was superior to ordinary DDR2 ram, it eventually stopped being developed and stopped being used. This may have happened due to development costs.

How to check if your PC uses FB Dimms?

Let’s start with the fact that it should be a computer made from 2004 to 2008. If you have such old technology just open the PC case and look at what RAM DIMMS are installed.

Take out the RAM stick and look for the ending, for example, if the RAM stick has and ending of F or FB (PC2-5300F) that means it is a Fully Buffered ram stick and has a different notch position compared to a regular RAM stick.

How much better FB Dimms was compared to regular Dimms?

With FB-DIMM technology it is possible to have up to eight modules per channel and up to six memory channels, so this technology increases both memory capacity and speed.

This is an old, obsolete technology that you can only find in computers manufactured between 2004 and 2008. Also, FB DIMMS sticks notch is in a different place compared to regular DIMMs. This makes this technology extremely limited.

Fully Buffered DDR Memory is not compatible with registered memory, and motherboards that require fully buffered memory usually will not accept any other kind of memory.

This is a dead technology that I think had a lot of potentials. But it is as it is. If you have an observation or comment, please leave it in the comment section.