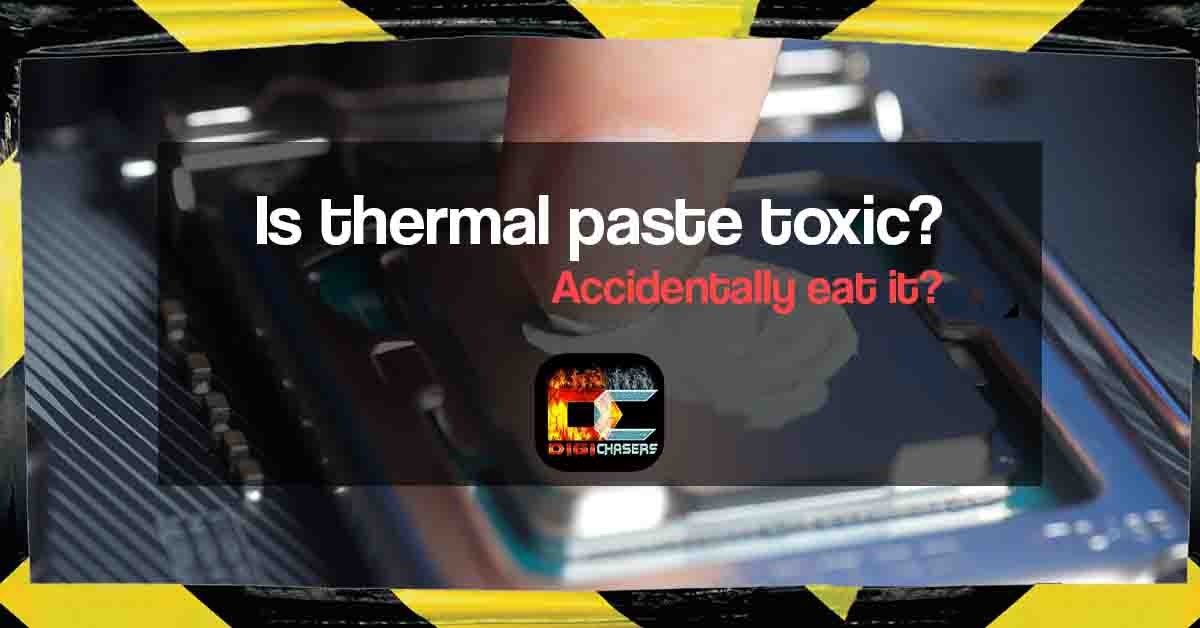 One friend of mine asked me if CPU thermal paste is poisonous? Although I have worked with computers for a long time, I didn’t know the answer, so I started looking online. I was surprised and ridiculed by the abundance of responses in which people were pranking poor people that eat some thermal paste.

So I decided to delve into this issue and help a friend calm down.

I am not a doctor. I just did research and talked with some chemist’s friends.

Yes, it contains toxic heavy metals, but it depends on the amount. If you eat the remaining thermal paste under the nail, you can rest easy; that amount is not enough for poisoning. But if you are still worried, go to the hospital.

What is a thermal paste made of?

Nowadays, there are many different thermal pastes. Let’s try to discuss some of the most popular.

Kryonaut composition: is a silicone-based paste, which allows more aluminum in its mixture, providing better thermal performance and lower operating temperatures. Kryonaut also has a combination of metals like tin, gallium, and indium.

Noctua NT-H1 composition: is a synthetic oil mixture that contains some hazardous ingredients like Aluminum-powder (pyrophor) and Zinc oxide.

How do I know if I have heavy metal poisoning?

The early symptoms can be overlooked due to the fact that they are not always specific. In excess exposure, and the damage to multiple organs could be experienced even if the person is not showing any symptoms. A few indications and symptoms of poisoning with metals include:

The most prevalent metals humans can take in toxic quantities are:

Such materials are not used in the most popular thermal pastes.

There are no known cases of man being poisoned by heavy metals that are in thermal paste.

What to do in case of heavy metal poisoning?

Contact with the skin is not a cause for concern. There are there are no first-aid measures to be taken. If irritation to the skin occurs following prolonged exposure, rinse using soap and warm water.

After contact with your eyes, wash your eyes with clean water right away. Seek medical advice if irritation persists.

To be harmful to the body, you need to eat thermal paste regularly and in large quantities to be poisonous. But if you feel anxious, go to the hospital.

If something similar happened to you or you have other information, you can always leave a comment in the comments section.