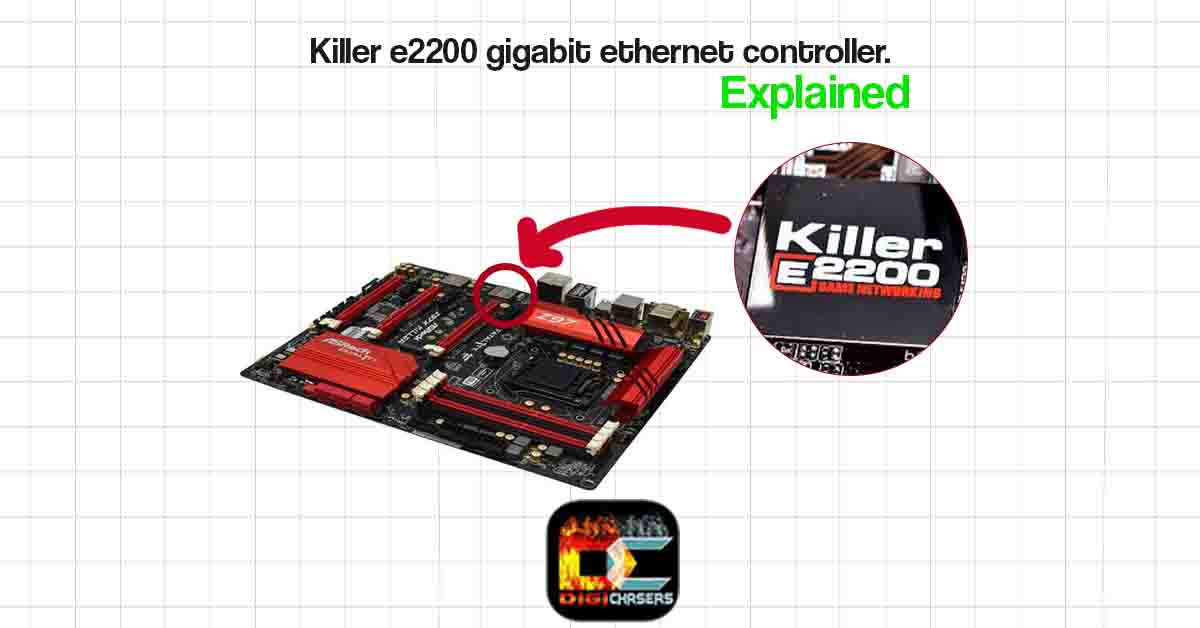 When playing games online, the quality of the internet speed and quality is critical. Sometimes even the game’s success depends on it, especially when playing FPS games. Today we will talk about the killer NIC the e2200 gigabit ethernet controller and try to explain in simple words what it is and what its purpose is.

On 2012 Qualcomm Atheros announced its new Killer E2200 Ethernet Controller, which was supposed to help optimize the internet performance for gaming, video, and audio.

But this did not happen. Due to poor software, motherboard users who had the Killer E2200 Controller chip faced various problems. The problems were caused mainly by the Killer E2200 drivers, making the internet speed slower than the generic standard Intel / Realtek NICs.

As mentioned earlier, the e2200 drivers did not work as they should, so the easiest way to solve this problem is not to use the Killer e2200 gigabit ethernet controller drivers. Also, do not install Killer suite software. Just go to Apps & features and uninstall the selected software.

Just delete the Killer e2200 gigabit drivers and Killer suite software and then restart your computer, after which windows should automatically install the generic drivers.

If you do not know how to delete or install the drivers, go to Device manager and follow the steps below.

If you still have problems with the killer controller, try to uninstall the killer suite software and delete the killer drivers. And if you’re tired of fighting this chip, buy another motherboard with standard Intel / Realtek NICs.

You will not be able to download the official driver from https://www.killernetworking.com/driver-downloads/ as you will be redirected to the Intel page where you will need to download the Intel® Killer ™ Performance Suite. You can still download the drivers from here.

The easiest solution would be to delete the Killer e2200 drivers, killer suite and install generic drivers.

The best way is to use generic drivers and not install Killer suite software.

What does a killer e2200 gigabit ethernet controller do?

It is supposed to make your faster internet for gaming, but it doesn’t work as described.