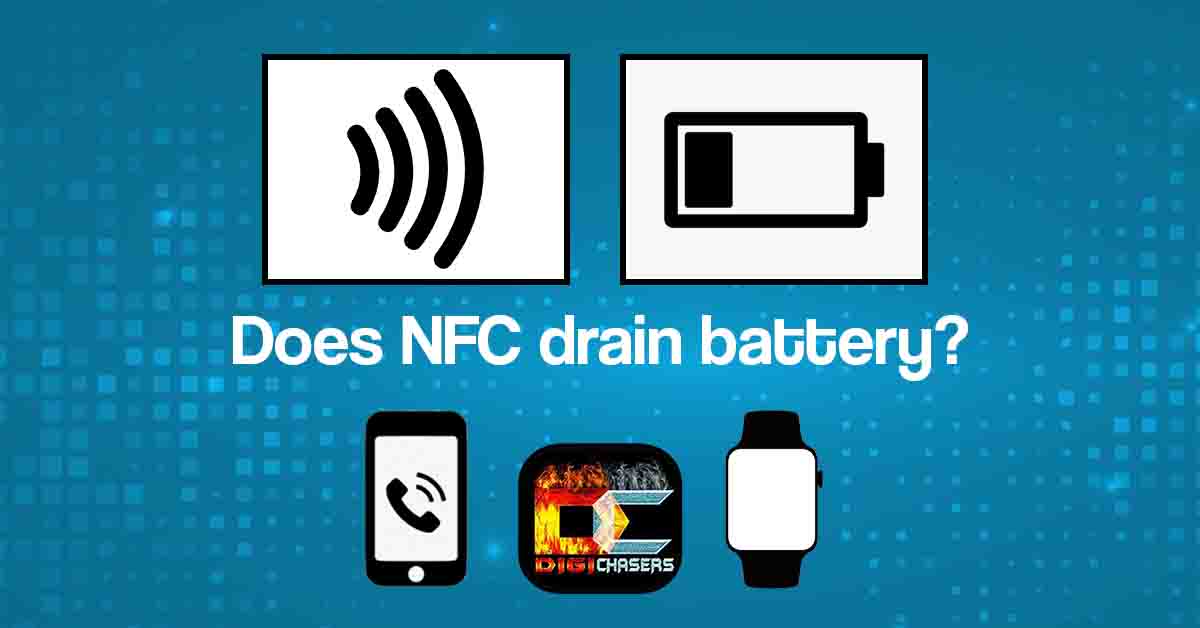 Nowadays, NFC is becoming an increasingly popular technology, so there are questions about this technology that peoples want to be answered. Today we will try to find out what NFC is and whether this technology forces your smartphone to discharge faster. So let’s not waste time and dive deeper into this.

It depends on what device NFC is used. For example, the NFC used in the phone is unlikely to cause a faster battery drain (as the phone often has a relatively large battery capacity), but using the NFC on a smartwatch can cause a perceptible battery drain.

The article below will discuss NFC and why the battery discharges faster on a smartwatch.

NFC stands for Near-field Communication, and this technology was developed in 1983 by Charles Walton. This technology gained momentum in 2002 when Nokia, Philips and Sony banded together to form the NFC forum. Nowadays, NFC is mainly used for billing using various electronic devices, mostly telephones or smartwatches.

NFC is a technology designed to communicate between two devices over a short distance of 4 cm (11⁄2 in) or less.

Does having NFC on drain battery?

Yes, enabling NFC drains the battery, but it can go unnoticed because battery consumption can be so low.

“NFC chips (5mA) consume three times less energy than Bluetooth Low Energy chips (15 mA) and even six times less than Bluetooth chips (30 mA)” this is what the article nfc-tag-shop.de/ says. And nowadays, Bluetooth is used in almost all devices constantly.

Such mA consumption in a phone with a battery of more than 2000 mAH is unnoticeable. For example, a 5 mA on a 2000 mAH battery can run for 400 hours. Still, the phone doesn’t hold as many hours because other battery-consuming applications and technologies are running in the background.

The isolated NFC chip in the watch (presuming the watch is with a 200 mAH battery) could run for up to 40 hours without any other applications or devices working in the background. Unfortunately, it doesn’t look that good anymore.

If you still want to maximize battery life, you can keep NFC turned off and only turn it on when needed.

I hope this article was useful. If you have any additional questions or comments, you can leave them in the comments section.