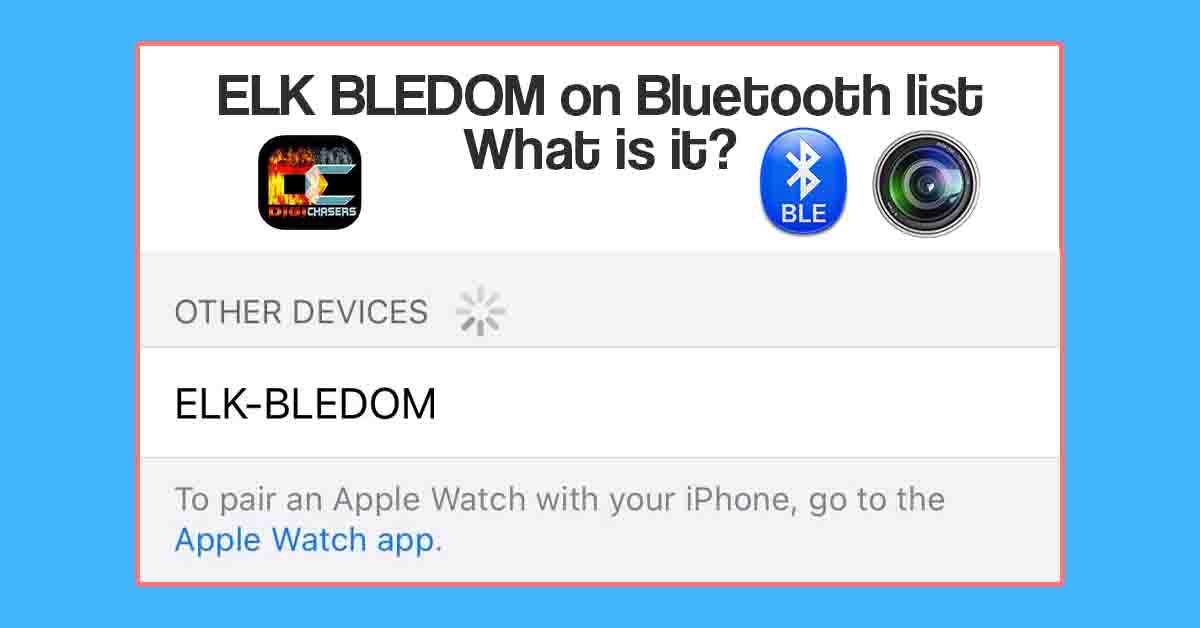 Hi, probably no one would want to be secretly monitored or otherwise followed. A sense of insecurity, a rather dangerous thing, can be followed by an irrational decision.

One of my good friends, John, recently felt like he was under surveillance and told me that a very suspicious app called ELK BLEDOM had appeared on his Iphone’s Bluetooth list. He read on various forums that this could be a secret surveillance camera, so he asked me to help figure out what it was. So what is that mysterious ELK-BLEDOM device?

There is nothing to be scared of. ELK BLEDOM is just a Bluetooth RGB LED Controller built into various LED devices. If you didn’t buy any LED bulbs, most likely, your neighbors bought one.

It is quite popular because it uses Bluetooth Low Energy technology, that’s why it has BLEDOM in its name. BLE, or sometimes called Bluetooth LE, Bluetooth Smart is a technology that is not always connected during operation but simply periodically connects to the device and transmits the necessary data, resulting in less power consumption and can last for several years.

So, if you’ve just noticed a device called an ELK-BLEDOM device, it can be you or someone from the neighborhood who bought an LED light with a Bluetooth RGB LED Controller. If you have not purchased any new device, use the Bluetooth device finder app to find where the device you are looking for is located.

How to locate where ELK-BLEDOM device is?

Finding where the Bluetooth devices are is not very difficult. You have to download an app like Find My Bluetooth Device from the iOS and Google play store.

Once you’ve downloaded the app, follow the instructions to find the device you’re looking for. The ELK-BLEDOM device may be hard to find if you live in an apartment building due to neighbors below or above you.

Is ELK-BLEDOM a hidden camera?

While searching for information about this device, I found a lot of controversial information, allegedly a secret camera installed in a car, house, and the like. So don’t be scared. ELK-BLEDOM is not a secret hidden camera.

If you’re not an international criminal, or your husband or wife isn’t super jealous, then I don’t think you should look at everything so paranoid.

Can a hidden camera be located in ELK-BLEDOM?

I don’t think a good solution would be to hide the secret camera in LED strips, as the light source would ruin the filmed image. Also, such a device should have internal memory and a good power supply.

If you still think that you have a hidden camera in your home, below is a great video on how to find one.

Can you force connect to ELK-BLEDOM?

LightBlue or duoCo applications allow you to connect to the LED strip using Bluetooth.

I would suggest avoiding scaring your neighbors unless you are good friends with them and later make fun of pranks together.

I hope you read the article and calm down like my good friend John. The ELK-BLEDOM is simply a simple LED controller for various lighting, not a device for secretly filming people.