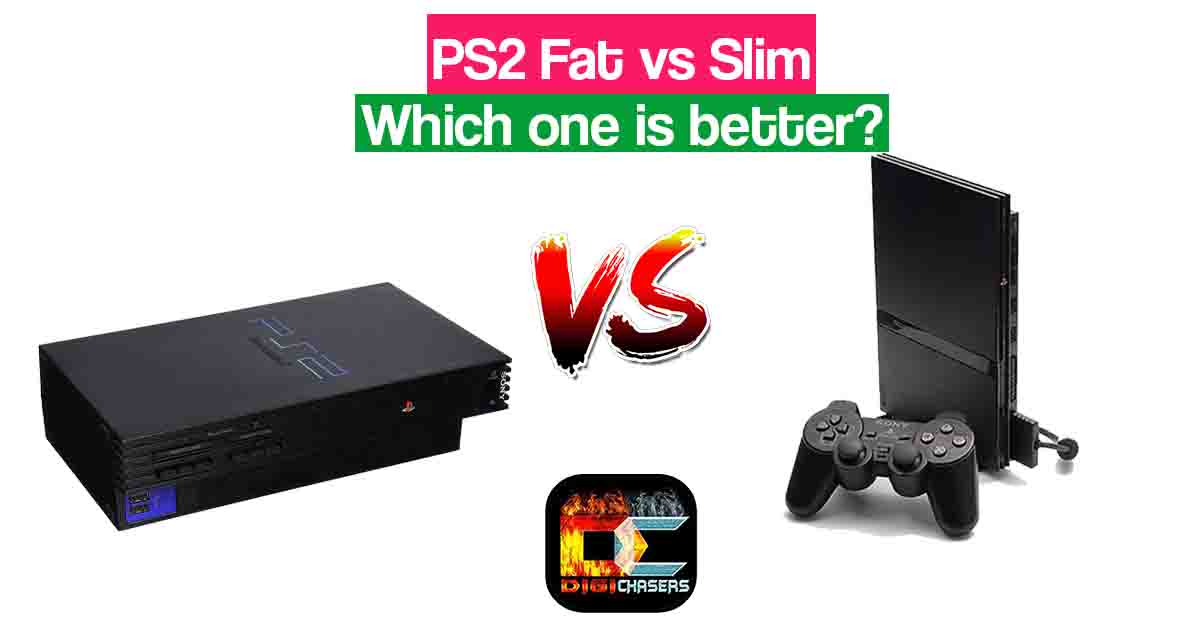 Hi, time to discuss the SONY flagship PlayStation 2. I have long wondered if the PS2 Fat is different in hardware aspect from the Slim version? Are these just design differences, or is there a difference between performance? And which one is better?

On the PS2 fat version, you can easily install HDD and load games from it. That’s why people prefer it versus PS2 slim.

Frankly, a noticeable difference in performance is virtually impossible since both versions of the PS2 share very similar hardware.

Both versions use the same graphics processing unit, but the interesting thing is that the CPU versions of the PS2 from the SCPH-50000 version were slightly clocked up to 299 MHz (the SCPH-30000 has 294,912 MHz).

Below is a video comparing the performance between the fat and slim versions of the PS2. Fun fact PS2 graphics card is equivalent to Nvidia Geforce 256, “the world’s first ‘GPU'” with 32 MB of memory size.

A faster CPU clock speed could theoretically feel like an extra 1 or 2 FPS in a game. Therefore, even on a theoretical level, which indicates performance in games, the PS2 slim may be somewhat superior.

SCPH-30000 version has iLink (is a type of FireWire connection) connection – allows you to connect your 6 PS2 controllers to a LAN party. You can connect 2 consoles in one LAN party. After that, you can play games like Grand Turismo 3: A-Spec and TimeSplitters 2.

Below is a video tutorial on “How to link up two PS2 consoles with an iLink cable”.

The first versions of the PS2 had holes in the back of the case that could be used to connect a small screen. This PS2 accessory was a way to make the PS2 as mobile as possible.

It looks very similar to PS2-SCPH-30000, but there is one big difference in the front. iLink connection is now gone, and now if you want to make a LAN party, you will need to use an ethernet adapter. It also has an infrared sensor for the remote controller.

The name SLIM already suggests that it will be much smaller than the FAT version. And yes, it is significantly smaller and lighter.

The good thing is that the SLIM version no longer has a mechanical DVD opening mechanism, which is one of the common causes of failure.

It also has a nice improvement with a built-in ethernet port. In the fat version of the PS2, you needed to buy an ethernet adapter to connect to the Internet.

However, it is unfortunate that you will not be allowed to use the Internet, as all online services are already closed. But this connection can still serve for old retro LAN parties.

In the PS2 SLIM version, small holes have been saved at the back to connect to the PS2 screen.

Due to its compact size, the SLIM version has lost the ability to connect an HDD.

Also, this version no longer has an external power supply, and now it is built inside again. And unfortunately, it is not universal, so you cannot use it in different places while travelling.

Also, in this version of the PS2, there are no more holes in the back of the case, so connecting to the PS2 screen is no longer possible.

The main pros and cons

Slims are newer, which means that their parts will also be newer, as a result of which fewer failures can be expected in the future. But if you want to get hardcore, I would suggest choosing the fat SCPH-3XXXX version, which I think is the best PS2 version.

If you have additional questions or comments, you can leave them in the comments section.

Both versions use identical hardware for graphics.