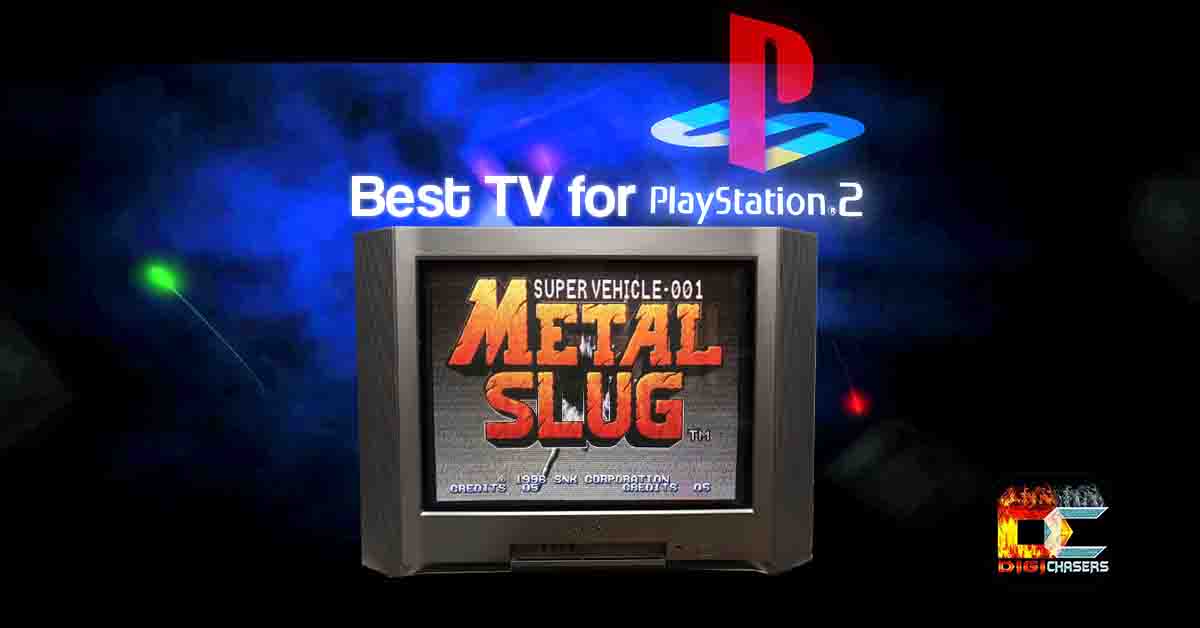 Hi, if you’ve come here, I think you want to bring back some memories of the most popular console – the PlayStation 2. The PlayStation 2 was released in early 2000 and was produced until 2013. When the PS2 was released, the most popular TVs were the CRT type, and only from 2007-to 2008, LCDs and OLEDs become more and more popular on the TV market.

The PS2 was designed to work with CRT-type TVs. Current TVs differ in both their resolution and color rendering.

The best TV for PS 2 gaming is a CRT-type TV. A working, good-condition CRT-type TV is easy to find on second-hand markets like ebay.com.

For comparison: Standard CRT TV resolution at its time had an output of 480p, which the PS2 handled magically. Modern TV resolution is 4K – which is 3840 x 2160 pixels.

And funny things start to happen when you connect the PS2 to a modern TV. The image starts to look stretched, and the colors look blurred, etc. And it becomes a very distant childhood memory.

The PS2 transmits video and audio via AV connectors, easy to find on a CRT-type TV. CRT TVs are big and unhandy, so many people don’t want to buy a CRT TV to play on the PS2.

You can also find similar AV connectors on modern TVs. As an example of my existing TV, the Samsung ue43ru7402 has a Component / AV in connector.

Below is the back of my tv with the connections visible.

The PS2 will work when connected, but don’t expect good video quality. It’s an easy way to play the PS2 on a modern TV.

If your TV does not have an AV connector and has a Scart input, you can buy a dongle, as shown in the photo below.

This way, you get better picture quality, as SCART throws color into 3 different pins instead of just the yellow plug, giving a crisper and sharper picture.

The best way to do that is to use a PS3 component cable. You can buy it from second-hand electronic stores or amazon.com. This way, you get the best possible quality from the PS2 on a modern TV.

You will connect all these cables to the component inputs. As shown in the first photo above.

I still think you still need to buy a CRT TV to feel the true quality of the PlayStation 2 gaming experience. Still, if you have a retro console, why not buy a retro TV?

If you have a comment or additional questions, you can leave them in the comments section.

I’m go with SONY. One of the best models for PS2 is Sony Trinitron.